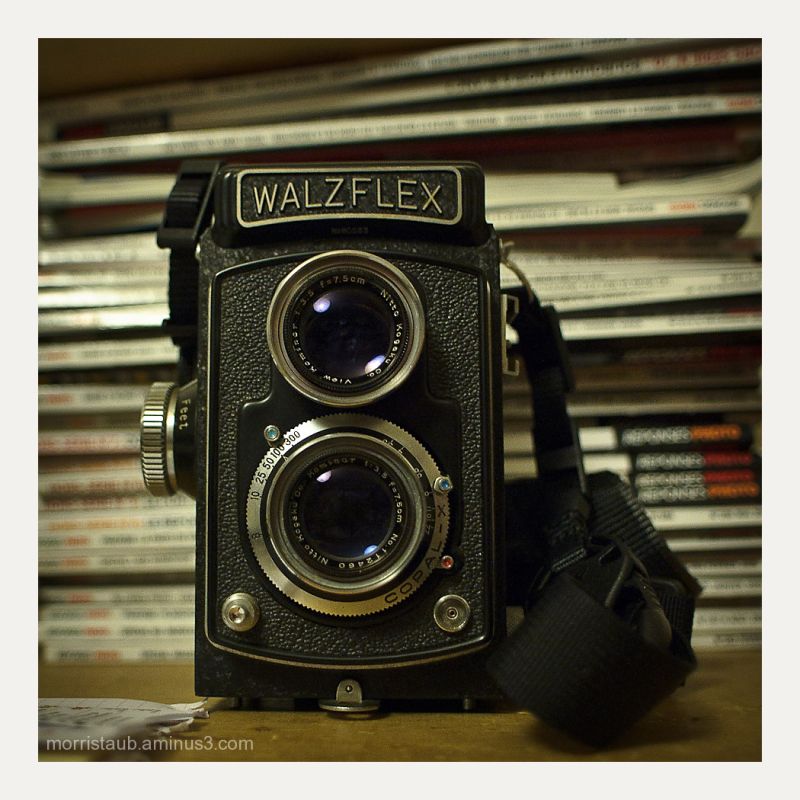 Previous Next
← previous day next day →

Posted by M. David Taub (Montpellier, France) on 26 September 2010 in Miscellaneous and Portfolio.

I've never taken so many photos. Never processed so much. I'm not sure, but I've always felt that doing a lot of 'something' would make me better at it. At least show me improvement up to the limit of my own capability. Kinda like riding a bike. You train and normally you get better.

Over the last few months I've been more and more enamored with b&w film photography and the quality of images produced this way. It's actually just going back to my university days. Back then it was 35mm film photography with a Mamiya DSX 1000 and a 50mm lens. I had classes where I was taught how to develop film and print photos in a darkroom. I must share that I was slowly and surely influenced by Matt and his beautiful images here on aminus3, many taken with a Hasselblad medium format film camera.

Lately, I've had this desire to slow things down a bit. And so, I've decided to work in a bit of film photography along side my digital work. And because I've really taken a liking to the square format in recent months I thought I'd try this via medium format film photography.

I searched a bit and thought about buying a Holga medium format toy camera. I thought I'd prefer the large negative this gave, as well as the funky results via the plastic lens and the less than perfect camera build. I also thought the larger negative would allow me to crop a bit without losing too much image quality.

I then stumbled upon the 'twin lens reflex' world of film photography while looking at the rangefinderforum.com. Via ebay I found TLR's from Rollei, Yashica, Minolta, and Mamiya. All these would give me a nice big square negative and a way of working I've never tried before.

Finally, I found this Walzflex tlr camera in ok condition for about the price of a new Holga on ebay. It was made in the 1950's by a Japanese company called Walz. From what I've read it was meant to be a knockoff of the much more expensive Rollei tlr. Everything seems to work fine except for the self-timer, but I don't really need that. The shutter blades are clean and don't get stuck except below 1/10th of a second. Focus knob is good and I get a good clear image via the waist level finder. I wonder if any of my digital cameras will still function sixty years from now?

I need to run a few rolls of film through it and see if it works. I thought this would be a relatively inexpensive way to test the waters. Also, I need to try and find someone here in Montpellier to develop my film, at least at first. I may take a stab at doing that myself, but first I'll bring my rolls of film to someone who knows this stuff and see if my camera has any obvious defects.

It was a thrill to go into my camera store this past Friday and buy film. I bought two rolls of tri-x 400 and one roll of ektar color film. Planning a park visit this week to test this camera. If I can get some decent images/negatives to scan I'll then post them here. This could be the beginning of a beautiful friendship.

American Suburb X. Off the beaten path photography and interviews of some famous and not so famous photographers. Some I love, some I hate, but the content is nearly always provocative. A great mix of different styles, subject matter, and perspective on what photography can be. Enjoy.

All photos on Morris Taub Exposed © 2007-2013 Morris Taub. All Rights Reserved. Thank you.

This is a glimmering shot with beautiful golden undertones.
I'm happy to hear you are finding your direction...and your camera.
I, for one, will be watching the results. This is exciting !! :-)

Good luck on the new direction. I have an old Yashica Mat TLR. The meter doesn't work because the batteries it was designed to use were mercury type, and they aren't available now. So, I recently bought a used handheld meter on eBay. The camera is totally mechanical, so the dead meter won't cause any problem at all. If anything, my new meter will be more accurate! Now, I wonder if I can find some Dektol to mix up...